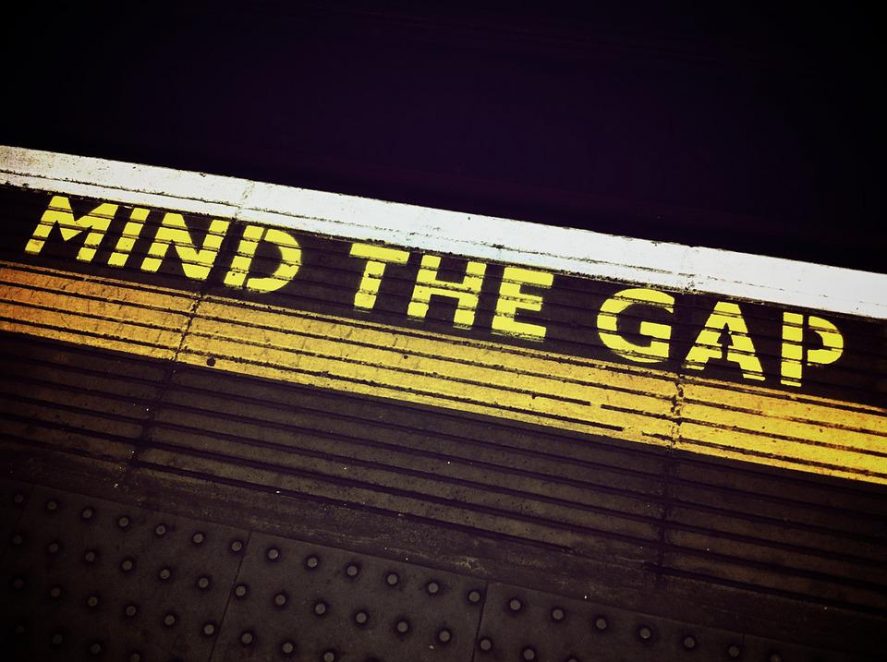 Naturally, I’m referring to the gap between the end of a chapter and the beginning of a new chapter, in an e-book, if you’re writing a novel and are planning to format it in the epub format, and self-publish it.

I’m not referring to the famous sign on the London underground (tube) train system.

Some writers (and readers) don’t mind the gap – don’t object to it, they’re quite happy to finish the end of a chapter and be confronted by a half-blank or almost blank page which they have to scroll through until they reach the beginning of the next chapter.

As a writer, I was one of those people, until it began to irritate me, and I looked for a solution to the problem.

So how did I overcome the problem, and how can other writers do the same?

Let’s start at the beginning, with word processors.

I use several word processors, I’ve found that some are good for some things but not so good for other things; more about that in another post.

But whichever one I use, I almost always export the completed word processor file into Calibre, a free open source e-pub reader and html editor.

But first, I always save these files in the docx format, because I know that Calibre can open files in this format; it can open other formats but I don’t bother with them.

I then use Calibre to convert the docx files to the e-pub format, which isn’t too difficult to do, just click on the convert button and select which format you want to convert it to, e-pub or PDF.

So far so good.

Except for the gaps.

If you’ve got this far, you’re doing fine, because some people find Calibre too challenging, and have to pay someone to format their novels into e-pubs.

You’re at least halfway to the stage where you can avoid this expense.

In the next post I’ll explain how to solve the problem, and don’t worry, it isn’t as challenging and technical as it might seem.